The vast majority of all Americans depend on taxes. The amount of money taken by the IRS and other taxing agencies determine how much you can spend on your life and how comfortable you feel in terms of, well, living. State taxes obviously affect us just as much as federal ones. In some cases, the tax burden is more than just significant. Take a look at the difference in taxing between states. 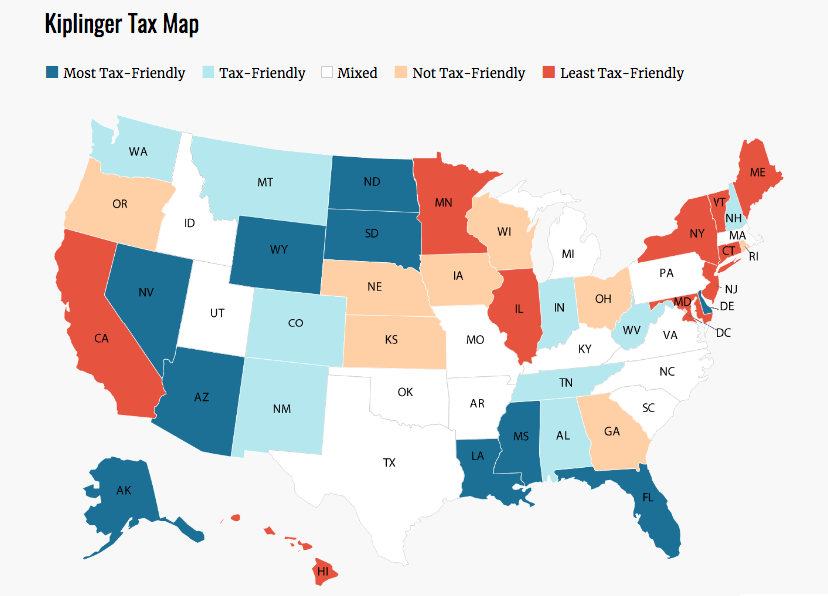 The difference is not staggering, but some states are much friendlier to their citizens in terms of taxing compared to other. To make an even clearer point, we can show you yet another map that will also demonstrate the difference in taxing. Texas is a tax friendly state but it has one of the highest property taxes nationwide.

This does not mean that Texas is the best state for everyone and that everyone should start migrating to this state. The situation as a whole is a sophisticated system that is being juggled by state officials and businesses alike. Taxes do not show you the real situation that will look differently if you take a look from several angles at once.

There are different metrics that can determine whether a state is friendly or not to its citizens when it comes to collecting taxes, but Texas always stands out in many ways. There is an obvious reason why Texas has a slightly better tax environment. For example, the map of median incomes per household shows that Texas is once again on the lower end.

When incomes in general are low, state governments have to reduce the tax burden since it will do more harm than good. At the same time, Texas is a region with lots of social disturbance caused by illegal immigration. Lots of people who come to this state simply cannot afford paying additional taxes. While the environment in terms of taxes may look friendlier to an outsider, the reality is a bit more complicated.

The overall rating of tax friendliness includes a lot of factors such as gas tax, income tax, alcohol and tobacco, vehicle, and travel. All of these aspects are taken into consideration. People of Texas do not have to pay income taxes and enjoy relatively low sales tax rates. However, low average wages and high property tax compensate that.

The bottom line is that Texas seems like a good place for law abiding tax payers, but the reality is that living here is harder than it looks. There is another interesting map to look at and it has a lot of interesting numbers to make you think about the situation in the South.

Texas is one of the leaders when it comes to using payday loans. This is by no means a bad statistic, but it also means that people here have to borrow money much more often than in other states. This shows that people struggle to make ends meet and often have to rely on various loans to get by. Texas is a place with relatively low taxes, low incomes, and high debt.

As of right now, the economy of the state is in rough shape. However, having slightly lower tax burden helps big deal. What we must hope for is that when the economy goes back to normal, taxes stay as they are now.